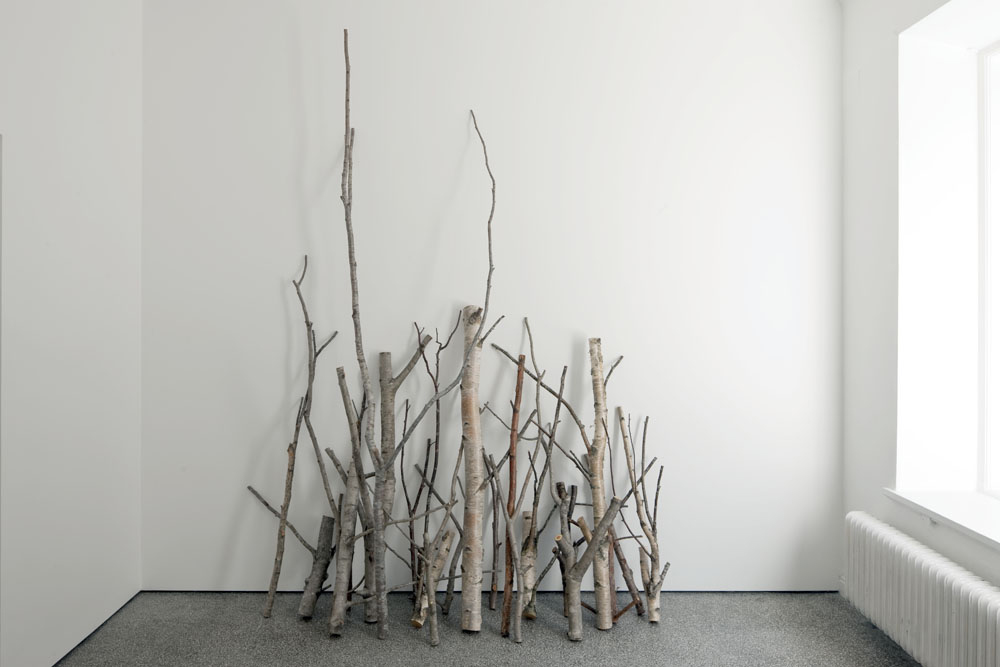 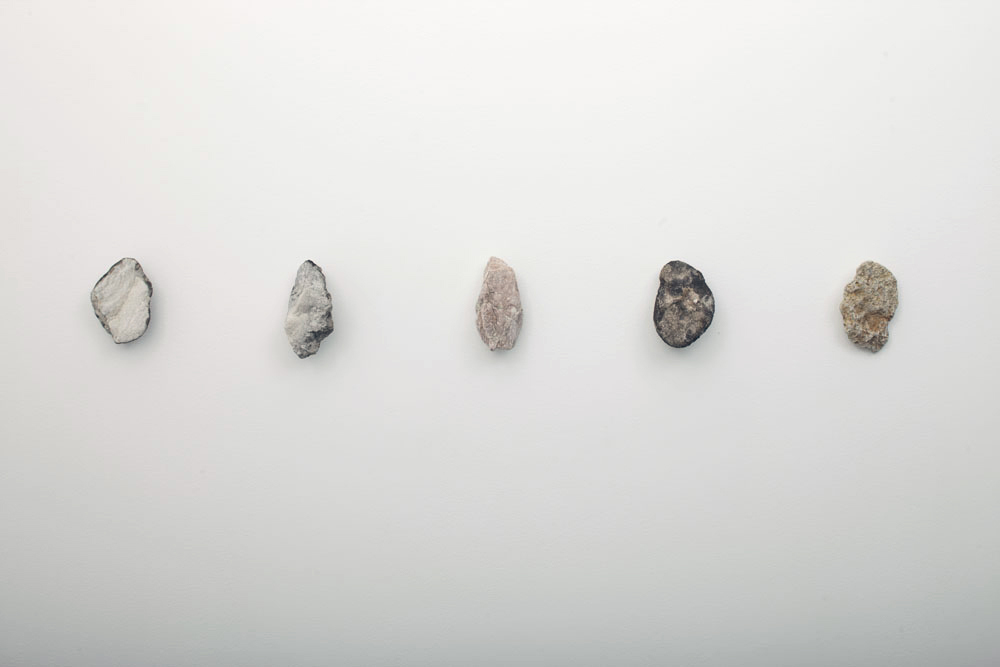 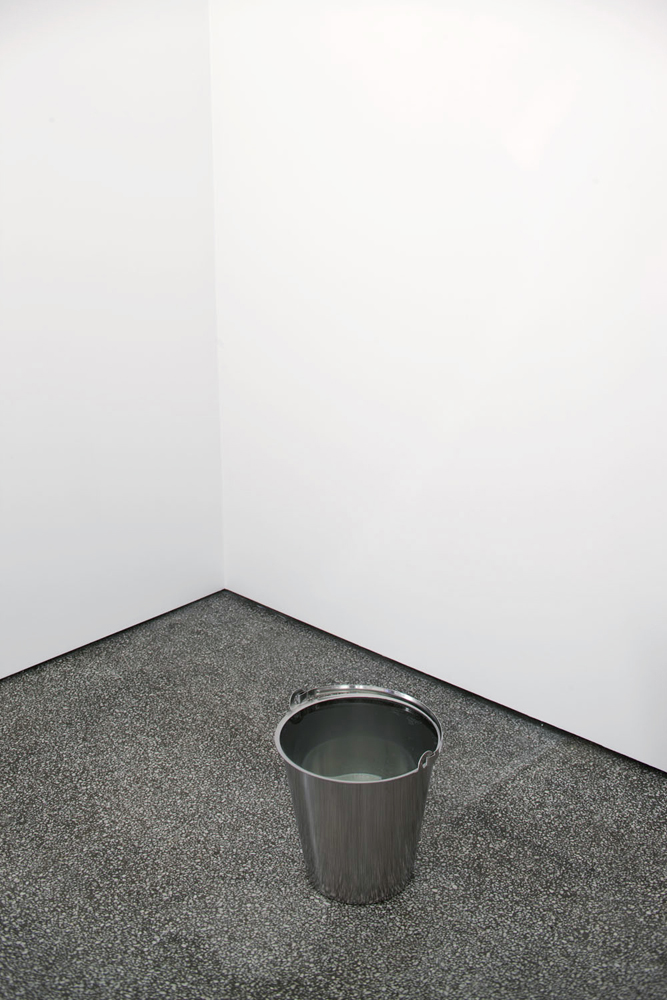 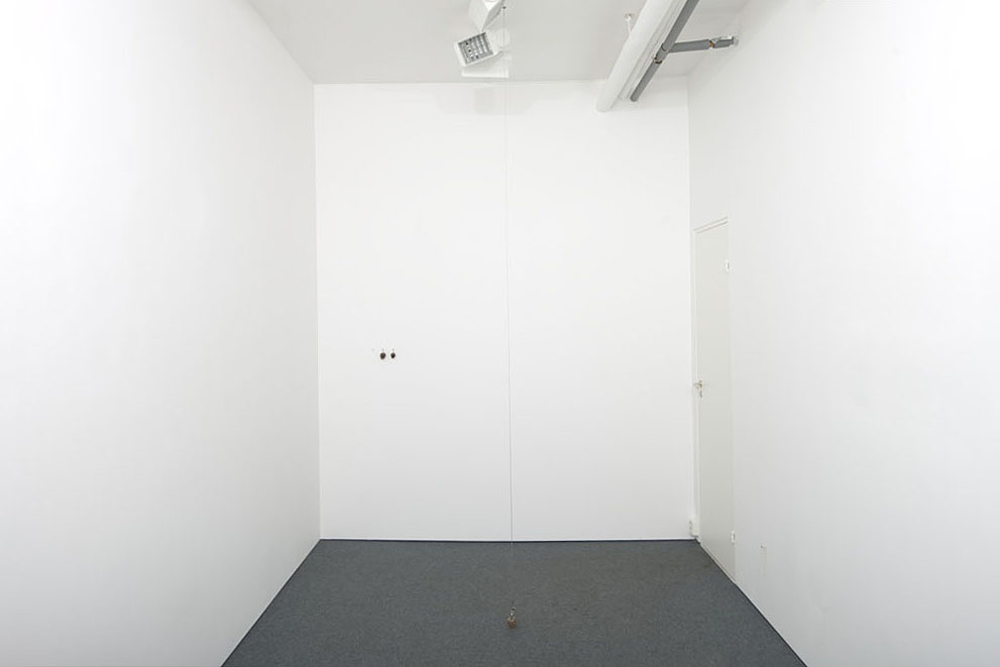 Empirical scientific research serves as the basis for new concepts, enabling further forms of knowledge to emerge. We know, however, that some of the facts that lay the foundations, on which knowledge is built, remain unproven. Such facts still manage to hold together, to complete, the theories of supposedly universal truths on which we rely.

Teacher: therefore as we know by the parallel postulate
Wittgenstein: Which is?
Teacher: The fact that through a point outside a line, only one parallel to the line passes.
Wittgenstein: But we havent yet proven that!
Teacher: Thats because it is an axiom1 my lad!
Wittgenstein: But you said in geometry we must prove everything we say! Whats the value of a proof if it rests on the un-proven?
Teacher: Well, even old Euclid has to take something for granted!2

Av ett annat slag (Of A Different Kind) consists of five works resembling scientific thought experiments that question our relationship to reality. The methodologies constructed by science to tell true from false are often transferred into educational and legal systems to tell right from wrong, good from bad. Jonasson examines these methods in order to question what goes missing when simplifications, such as natural metaphors, are used to explain reality.

In the work En Skog (A Forest), Jonasson reverses the tree metaphor, used to describe what is called a Tesseract3  , from being a linguistic description of a physical form into a physical representation of the linguistic metaphor. Instead of trying to find proof or answers, she makes us wonder what constitutes a proof, and whether there are any true answers at all. When something is occurring everywhere, but is not perceived by anyone, what defines it as real? A diffracted pattern appears between the rings of water and that of a tree trunk in the work Tänk dig (Imagine). But where exactly is diffraction happening? Waves are diffracted all around us constantly, but we cannot see them. In natural science, some things can only be proven through different thought experiments. It is only recently that we have been able to observe phenomena invisible to the naked eye.

The introduction of the Foucault pendulum in 1851 was the first simple proof of the Earth’s rotation in an easy demonstrable experiment. The work Graviton is a Foucault pendulum that, instead of using a weight attached to a string, uses a pinecone4. Gravity and friction stop the cone pendulum from working and, instead of describing the Earth’s rotation, it starts to describe something else.

The row of rocks in Metod (Method) looks similar, but differ greatly. Just as we are caught up inside our own human bodies, we exist inside a human condition that we are only able to observe from a restricted point of view. We can see ourselves, but only through confusion, narcissism, through inherence of the one who sees in that which he sees, and through inherence of sensing in the sensed- a self, therefore, that is caught up in things, that has a front and a back, a past and a future…5

This caught up condition forms the basis for how connections are created in the invisible work Entanglement. In quantum physics, entanglement is a term that describes a phenomenon in which one particle affects the spin of another. On this level, everything affects everything else, and all that exists, exists in relation to something else.

1 Axiom: A proposition that is assumed without proof for the sake of studying the consequences that follow from it. (http://dictionary.reference.com/browse/axiom)

4 René Descartes referred to the small part in the brain called pineal gland as the place where the soul sits. It was surrounded by mystery and named pineal gland after the pinecone due to its similarity in shape. It was also called the third eye because of its sensitivity to light.